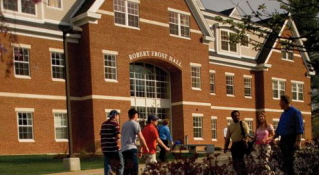 I'm pretty sure that I've only touched on harvesting methane from landfills a few times here on sustainablog, but given the US' abundance of trash dumps (so many that we're running out of room for more, and transporting trash long distances), this could be a promising source of energy for the next couple of decades. The University of New Hampshire is considering taking advantage of such technology, and doing so on a scale that will make them one of the greenest campuses in the United States. According to New Hampshire Public Radio, university trustees have given "conceptual approval" to the building of a 12 1/2 mile pipeline from landfills in Rochester to the school at a cost of $33 million. That's a steep price, no doubt, but, according to university officials, the benefits of such a project would include:
Those numbers are staggering -- I'm not sure I've seen anything like them for any renewable project. According to the article, landfills can expect to produce methane for 20-30 years after being closed and capped, so, given UNH's current $12.5 million annual energy bill, it's easy to see how this investment could pay for itself.

Still, there are also environmental concerns about the project: the initial plans show the pipeline "... [running] through three acres of wetlands and the Cocheco River." Lead consultant for the project Allen Braun claims those problems can be overcome with "directional drilling," which would lay the pipeline underneath the riverbed and wetlands.

On the whole, this sounds awfully promising. While we don't want to promote the message "it's OK to throw things away," burning this methane rather than letting it leak into the atmosphere seems like a win-win.

Along these lines, I ran across this op-ed yesterday. I found it interesting because co-author Alyssa A. Lappen is a good buddy of David Horowitz -- you know, the guy that wants to crucify left-leaning professors. If she's going to promote cleaner energy, though, I'm not going to try to stop her...