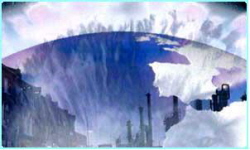 So, we've got another barn-burner of a discussion going: started off about politics, but quickly moved to Viscount Christopher Monckton's recent articles in the London Telegraph. It's gotten a bit heated at points -- that's typical for these arguments -- but it's also forced me to really take a look at what some of the climate science blogs are saying. So far, I've come across a number of efforts to refute Monckton's arguments:
As our discussion is getting heated, perhaps unnecessarily so, we should all probably take a look at Monckton's articles, and these criticisms of them. If you'd like, I'll create separate post for the political issues raised -- we ought to keep them separated from the science as much as possible... Following the arguments here and elsewhere has been fascinating, though...